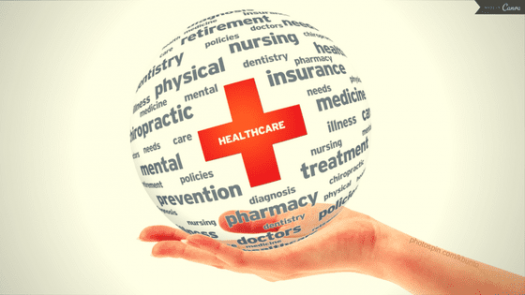 Earlier this week, the nation warily eyed the shutdown of the federal government due to the budget impasse in Congress.  Many of our colleagues in the federal government, including some who work with military families, were placed in a virtual state of suspended animation as they were told not to report for work.  Thankfully, the budget stand-off is over – for now. Congress and the President still have plenty to work out in the days ahead. However, one major issue has been resolved.  This involves continued funding for the Children’s Health Insurance Program – or what is more commonly known as CHIP.  For the past months, the fate of CHIP was in the balance as program funding began to dry up in the absence of funding reauthorization in the late summer of 2017.  With far-ranging bipartisan support, earlier this week Congress and the President approved a six-year extension of the CHIP program. For more coverage on the politics and funding of CHIP see Goldstein’s article for the Washington Post “Short-Term Spending Agreement Provides Longer-Term Relief for CHIP.”

In 2017, CHIP celebrated its 20th anniversary.  Two decades ago, the program came about as a result of increased concern about the welfare of children and families who were working but unable to afford or attain healthcare coverage.  It was designed as a bridge to fill in a gap between Medicaid coverage for low-income families and employer-based and other private insurance options for families making more.  Like so many programs, CHIP was designed to be and has continued to be a program where states and the federal program partner in program funding and design.  The states have primary responsibility for program implementation and management.  The federal government pays for most of the costs.

Approximately 9 million children are insured through CHIP, thus it is a very important piece in the health care coverage puzzle.  In comparison, in 2016 about 2 million children ages 0-17 are TRICARE beneficiaries under the Defense Health Agency (2017, p. 13). Both CHIP and Medicaid programs are publicly funded health insurance programs (Medicaid is much larger). Together they provide about 38 percent of all health insurance coverage for kids eighteen and under in the United States.  Employer based insurance covers about 49 percent of children. Other sources of coverage round out the remaining insured population.  Currently about five percent of the country’s children are uninsured (Kaiser Family Foundation, 2018).While this still translates into many children who do not have access to insurance, significant gains have been made in expanding coverage in recent years.  Many credit CHIP as being an important part of increasing coverage for kids – not only in providing direct benefits — but also helping to enroll kids in Medicaid through outreach and application efforts (MACPAC 2018).

As we have emphasized in this blog series and through other resources offered through OneOp, health insurance coverage and benefits are like a patchwork quilt laid over the American landscape.  As one travels from one state to another, they will see that programs like Medicaid and CHIP have many familiar features but also have important distinctions.  For example, some states have been proactive in utilizing CHIP to help cover expectant mothers.  Other states have combined parts of their Medicaid and CHIP programs to help cover individuals and families who are newly eligible for coverage through state Medicaid expansion.

As we have stressed in previous blogs, for those in and around the military health system it is crucial to keep abreast of developments in the civilian health system.  Increasingly, the military health system relies on civilian resources and systems for healthcare delivery.  Policy developments and changes at the federal and state level will have impact on what is happening in local delivery systems.  Furthermore, for those military families transitioning to civilian life through retirement or separation awareness of the uneven and varied terrain of the civilian health care insurance and delivery system is crucial.  As always, we’ll keep you posted on important developments in health policy and practice through this and other OneOp resources.

This MFLN-Military Caregiving concentration blog post was published on January 26, 2018