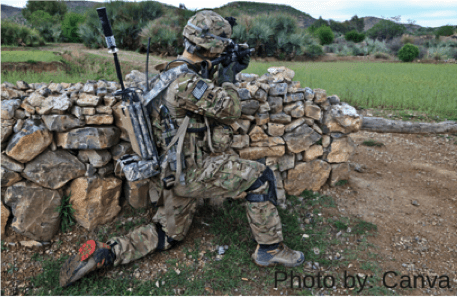 With June being National PTSD Awareness Month I thought we could dive into the disorder and break it down to what it is and what the military could do to help.

It is a “mental health problem that people develop after experiencing or witnessing a life-threatening event, like combat, a natural disaster, a car accident or sexual assault” (U.S. Department of Veterans Affairs, 2017). If you feel upset, on edge or insomnia for more than a few months you could have PTSD.

What are the symptoms?

What are the treatments for PTSD?

How can it affect the person and their family?

PTSD can have many affects not only on the person dealing with the disorder but on their family and friends as well. One study looked at the difference in military couples when one partner had PTSD vs couples where they both did not have PTSD. They found in couples where one partner had PTSD that there was more hostility, control, sulking, blaming and less affirming and connection between the two partners, (Battling on the Home Front: Posttraumatic Stress Disorder and Conflict Behavior Among Military Couples, 2017).

What can the military do to help with PTSD?

One study implies that pharmaceutically based treatments for PTSD are underutilized and suggests yoga for military personnel with PTSD symptoms as their research has shown that yoga can reduce PTSD symptoms in military members. This can be especially effective when the class is led by a fellow veteran with post-9/11 conflicts, (Military-Tailored Yoga for Veterans with Post-traumatic Stress Disorder, 2018).

What is your history of PTSD or clients with PTSD? Do you know of any other initiatives the military is doing to help with PTSD?