According to the National Congress of American Indians, “There are 573 federally recognized Indian Nations (variously called tribes, nations, bands, pueblos, communities and native villages) in the United States. Approximately 229 of these ethnically, culturally and linguistically diverse nations are located in Alaska; the other federally recognized tribes are located in 35 other states. Additionally, there are state recognized tribes located throughout the United States recognized by their respective state governments.”.

Indian country is not homogenous, each tribal nation has their own languages, practices, cultural norms, and traditions that are distinct and varied. However, there is universality amongst tribes. Serving in the armed forces is an exclusive tie that binds tribal groups. Yet “…many of our fellow Americans remain unaware of the major contributions {Native Americans} American Indians have made to our nation’s armed forces. In fact, American Indians serve in their country’s armed forces in greater numbers per capita than any other ethnic group, and they have served with distinction in every major conflict for over 200 years.”

An article published by The Institute for American Studies, Rikkyo University, Fighting a White Man’s War: Participation and Representation of Native Americans during WWII, reported that Native Americans had the highest ratio of service men of any ethnic minority or the white majority with 42% of the eligible adult Indian males served in the war. In addition the article cited a WWII “99% Indian draft registration rate and 40 percent more Native Americans voluntarily enlisted than had been drafted.”

According to the Department of Defense’s 2018 Demographics Profile of the Military Community, 1% of the total DoD Force report themselves as American Indian or Alaska Native – representing just over 21,000 service members.

The Smithsonian American Indian website  states that “In today’s military, American Indians, Alaska Natives, and Native Hawaiians serve at one of the highest rates per capita of all population groups. Few outside the military and Native nations know that Native people have served in the U.S. Armed Forces since the American Revolution and continue to do so. Today’s military successes depend heavily on Native Americans: 31,000 active duty, reserve, and National Guard servicemen and women are American Indian and Alaska Native, currently serving in Iraq, Afghanistan, and elsewhere around the world. And 133,000 veterans identify as American Indian or Alaska Native. 11.7 percent of these veterans are female, as compared to 8.4 percent of all other ethnicities. These veterans are Purple Heart recipients, Bronze Star honorees, and a few have been recognized with the Congressional Medal of Honor, the highest military award of the United States.” 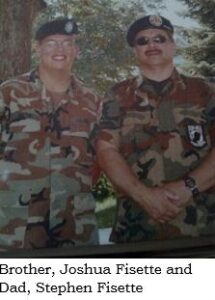 As an American Indian I’ve been asked why I think native people serve in the military in high numbers given the historical and contemporary injustices that native people endure. I have contemplated this question and in an attempt to better understand I’ve asked my relatives. My father is a Vietnam veteran and my brother enlisted in the Army and served during Desert Storm. Both my father and brother engaged in combat and carry the physical, psychological, and emotional scars of war.  Both my husband and oldest son enlisted in the Navy and served during peacetime. 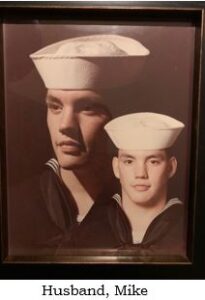 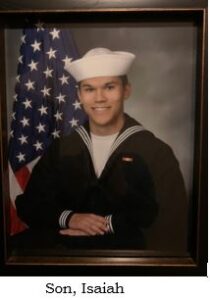 Their motivations were based primarily on educational and financial reasons. I think it’s notable to consider draft verses voluntary enlistment in terms of collective experience. However, what I have heard is compelling and although their answers are varied there is a common feeling my relatives describe. White Earth Band of Ojibwe’s former chairwoman Erma Vizenor explains it in this way, that despite past injustices perpetrated against Native Americans by the federal government, Native Americans have strong feelings that lead to military service. “We have a very strong spirit of love for people and service to people and to care for one another,” she said. “We believe in sharing. It is our values of sharing and caring for not only the land but the people.”

The relationship between American Indians and the federal government is complex. There is a historical context that frames the relationship. It is difficult to describe in general terms the motivations behind high military service within tribal nations. Therefore, a closer examination of individual’s perspectives are critical to inform the conversation. The Military Times (11/15/19) published an article that interviewed three elder veterans, two of which were Code Talkers in WW11 “A Warrior Tradition, Why Native Americans Continue to Fight for the Same Government that Tried to Wipe Them Out.”  The three describe their family systems, community values and what prompted them for service; including financial, protecting our homeland, and a tradition within the family of military service are some reasons given by the veterans for their enlistments. In addition, ceremonies are discussed in the article. Many tribal nations have a “Welcoming Home” ceremony to reintegrate their veterans back into their community. The ceremony acknowledges the service and sacrifice but more importantly recognizes that trauma may have occurred and that they are forgiven, they are accepted, they are loved. Cultural and public celebrations often acknowledge military service. Pow wows are a good example of the community’s support and reverence for their veterans. Pow wows are special events that celebrate dance, song, socializing and that honor the rich heritage of American Indians. The format of a Pow wow, from the grand entry with the presentation of flags…to the opening prayer…to the drumming and dancing, veterans honor songs, are all part of the tradition. To learn more about pow wows visit: https://www.powwows.com/. This short YouTube video exemplifies American Indian veterans dancing to display their pride and acknowledge their place of honor within the community.

A rich history and story exists with American Indians and military service. One that warrants a closer examination and public discourse. Military service and the sense of duty is one example of how tribal people have found a way to make something foreign their own and historically incorporated contemporary ideas, innovations, and new knowledge into existing tribal wisdom. And “despite decades of persecution and broken promises, despite being dispossessed of, and often forcibly removed from, their ancestral homelands, American Indians have served and continue to serve in our nation’s armed forces in numbers that belie their small percentage of the American population. They step forward when duty calls.”

A 2012 Indian Country Today article, A Brief History of American Indian Military Service, provides additional information about American Indians serving in the military and indicates that “the history of Native Americans in military services stretches in the past and the present much farther and deeper.”

On November 11, 2020 there will be a dedication of the Smithsonian Institute’s first national memorial and the first to honor the service of Native Americans, Alaska natives, and Native Hawaiians in the U.S. Armed Forces.

Jennifer Garbow has been an educator and associate professor in Family Resiliency for eleven years with the University of Minnesota’s Extension Center for Family Development. Her primary role is to provide financial literacy education to families and communities, with special expertise in working with American Indian clients. She is a member of the Bois Forte Band of Chippewa.