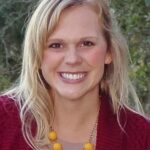 Since Russia invaded Ukraine  on February 24th, fear has grown among many families in the uncertainty of a wider war between the U.S. and Russia. Could this  possibly be the start of a third world war? Some individuals have openly wondered, “will American troops be deployed to help defend Ukraine and its people? ” President Biden has put this question to rest, indicating the U.S. has “no intention of fighting Russia .”

However, since the invasion began, roughly 14,000 U.S. troops have been deployed to NATO (North Atlantic Treaty Organization) ally countries, including Germany, Poland and Romania. President Biden has warned that the U.S. will “get involved ” if Mr. Putin makes any moves into these NATO countries.

The war between Russia and Ukraine has heightened the constant state of readiness for U.S. military families. Therefore, as service providers, it is important that we help military families by taking action now to help those who have already sent their Service member off on deployment, and assist those who face the possibility of deployment in the near future.

Below are a few suggestions and resources for helping military families prepare for deployment:

If the Service member is already deployed, intentionally listen to the needs of families that are on the Homefront. Mental Health America, a non-profit organization focused on mental health, offers tips for dealing with the stress related to having a loved one deployed.

3. How to Talk to Your Kids About War

5. Talking to Children About War

6. Understanding Child Trauma and Resilience: For Military Parents and Caregivers

This post was written by Jenny Rea, Ph.D., military spouse, and mom of four kiddos under five years. Jenny consults with OneOp’s Family Transitions team to provide free and open-access multidisciplinary professional development resources for providers serving military families. You may find more blogs, podcasts, and webinars from Family Transitions. We invite you to engage with Family Transitions on Twitter @OneOpFT and with OneOp on Facebook.