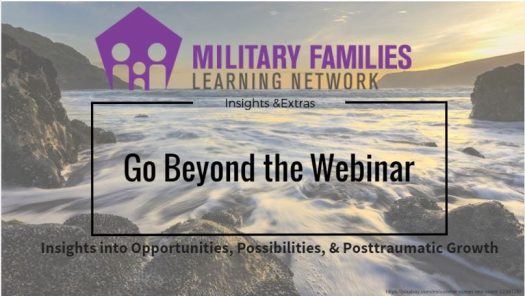 Dr. Richard Tedeschi from the University of Charlotte facilitated part 1 of the webinar series offering the definition and history of PTG, along with a framework for therapeutic interventions that facilitate PTG. Here are some insights from part one:

If you were unable to attend the live version of this series, you can view the archived version of part 1. And, if you are a Licensed Social Worker, Family Therapist, or Professional Counselor, you can obtain 1.5 CEUs for part 1 until July 18, 2019. Find out more at the link for part 1 above!