Suicide is public health concern in the United States among civilians and military service members and veterans.  However, the experiences of military life create an increased risk of suicide for veterans.  Bettman et al. (2019) reported that veterans of Operation Enduring Freedom and Operation Iraqi Freedom are at a risk that is nearly double that of the general population.

Over the past few weeks, we have explored nature-based therapy (NBT) and the positive effects that it can have on communities as a whole.  Now, we are turning to how NBT could be utilized as an intervention specifically for veterans who experience suicidality. 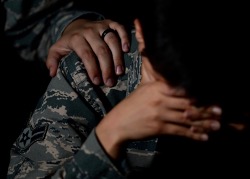 Current Literature: Where are the Veterans?

NBT primarily began as an intervention to help troubled children and adolescents.  The literature shows a great deal of support for this type of therapy to reduce suicidality.  Bowen et al. (2016) conducted a study in Victoria, Australia that looked at 36 adolescents who participated in a 10-week wilderness adventure therapy program.  The researchers measured resilience, behavioral and emotional functioning, self-esteem, family functioning, and suicidality at pre- and post-program and again at a three-month follow-up.  Short-term effects were found for resilience, social self-esteem and depression, but there was little to no evidence for decreased suicidality.

However, there were significant decreases in suicidality at the three-month follow-up.  Researchers speculated that improving levels of resilience, self-esteem, and depressive symptoms first resulted in a delayed generalization to suicidality later on.

With these promising effects from unconventional treatment coupled with veterans’ apparent need for suicide prevention, it would seem logical to conduct similar studies on veterans experiencing suicidality.  Although there are various studies exploring the positive effects of NBT on many psychiatric symptoms in veterans, suicidality is one that has not been studied in this context.

Utilizing an Existing Relationship with the Environment

Bettman et al. (2019) found that more than one-third of veterans who enter the Department of Veterans Affairs, received a mental health diagnosis. Depression was the most common psychiatric diagnosis closely followed by post-traumatic stress disorder (PTSD).  And although, utilization of the VA has increased, many veterans who could benefit from services are not accessing them for various reasons including stigma.  This calls for treatment modalities much like NBT that are unconventional and use aspects of the environment that service members and veterans are familiar with.  Last week’s blog highlighted how veterans already have an existing relationship with the environment.  Providing treatment in a familiar environment such as nature could decrease stigma surrounding mental health services in the military and increase veterans’ access to it.

If you are service member, veteran, family member, or a service provider, then you probably already know about the risk of suicide in military culture.  That being said, it is important to know that there are ways to help yourself or someone in crisis.  Here are some resources that you may find useful: